ALTERATIONS IN THE MATERIALS OF DIANETICS AND SCIENTOLOGY


DIANETICS: THE EVOLUTION OF A SCIENCE

David Miscavige's statements at the Basics release event in 2007: 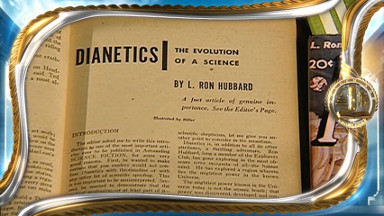 The next book in the chronological sequence is of course Dianetics: The Evolution of a Science, and as many of you know this book was originally published in a national magazine to coincide with the release of Dianetics: Modern Science of Mental Health. And after all you’ve just heard regarding The Original Thesis, you’ll be happy to know the story is not so dark when it comes to this book, at least not by comparison. Indeed, the most notable discovery was the inclusion of a footnote written by the editor of the magazine that first published the book and erroneously included in all published editions. Indeed, a later editor decided to reinforce that false datum adding the letters “LRH” which weren’t even part of the original footnote. Needless to say that footnote happens to be the most confusing part of the book and has been appropriately deleted forevermore.
…

You can see a full video of this event on the official Church of Scientology website at this address:
http://www.scientology.org/david-miscavige/basic-books-and-lectures.html
The segment about The Evolution of a Science starts at 50:00 time marker of the video.


You can see the original footnote HERE. Also read magazine's EIDTOR'S NOTE regarding Dianetics. It's quite informative.


Miscavige's statement that the footnote was "... erroneously included in all published editions." is yet another lie.

There is NO footnote in 1977 (or in 1973 which was also available for this review) publication.

The footnote that Miscavige flashed on the screen is actually from 2002 publication [ISBN: 1-4031-0544-8] - on page 57 - and there is a good chance that Miscavige himself ordered staff to put it there.

There is not much that can be said on the differences in the actual content between 1977 reprint and 2007 edition of The Evolution of a Science, but one alteration is worthy of note - hitting the definition of an enegram again: