ALTERATIONS IN THE MATERIALS OF DIANETICS AND SCIENTOLOGY


There is no better way to start this summary than to quote what David Miscavige presented as his “summary” of all the things that were supposedly wrong with the original publications and show how the things that he listed are actually the things that HE did to undermine the works of L. Ron Hubbard in creating his batch of distorted books called THE BASICS.

Because where it's headed is not just the full recovery of the books but so much more including literally discovering lost tech, and I do mean hidden from view, that surrounds these books.

So once again, the question: how does one lose tech? MISUNDERSTOODS. And whose were they? THE TRANSCRIPTIONIST’s. Yes, you heard me: the transcriptionist’s. And here is what I mean. With a lecture, you hear LRH and the words he said. In a policy letter, you read them as he hand-wrote or typed them. Yet the books, with only one exception, were dictated. Meaning, he spoke them into a tape recorder and they were typed by a transcriptionist. You get LRH’s words as he or she relayed them, and when that person had a misunderstood, you get this: distortions, alterations and perversions, some little, some huge, but every one of them – a hang up for the reader, and that’s why I said you can look up every single word in one of these book and still not get it because when you track it out across the entire LRH library, you get such alterations as entirely missing chapters; total garbles; parts of the text specifically said to be deleted by LRH but left in anyway causing complete mystery; transcription errors whereby LRH dictates a sentence and then replaces it with another, but the transcriptionist was too lazy to go back and correct it leaving both sentences in the book. And if that’s not enough, take your “garden variety” transcription error where the typist isn’t sure whether they should punctuate with a period, colon, or a comma and in almost every instance deciding to go with a happy medium and using a semicolon – a total “maybe” and resulting in sentences, indeed paragraphs, where you don’t know where the sentence begins or ends. Now let’s add an editor, who instead of now correcting it decides to add his own clarifying footnotes to explain what LRH really meant or, through sloppiness, misplacing pages and lord knows what else – mixes up the chapters so some are not only in the wrong sequence, but entire chapters appear in the middle of another chapter, and that’s just the beginning of the list which explains why you’ll even if sometimes found LRH saying: “see later text” and yet the text never appears, or he refers to a process with a statement: “as described earlier” yet which never really did appear earlier, and if you don’t remember any of these examples from the books, that only makes my point – YOU WENT TOTALLY BLANK!
[audience standing up, clapping and cheering]

And if that’s a sampling, I assure you it’s not even a half of it, then again you can be just as certain that I wouldn’t be standing here telling you this unless each and every alteration, and I do mean every distortion, perversion, and alteration has now been corrected.
[audience standing up, clapping and cheering]


You can see the full version of this video on the official Church of Scientology website at this address:
http://www.scientology.org/david-miscavige/basic-books-and-lectures.html
This key statement starts at 24:55 time marker of the video.

First of all, let's interject here with a direct word from someone who worked in Scientology publishing while L. Ron Hubbard was still alive:

You can see this full interview with Anthony Phillips at this link: http://www.youtube.com/watch?v=zi5JfdOywDw


Let’s look at some of the things David Miscavige has listed in his key statement:

David Miscavige removed a whooping 18 chapters from A New Slant on Life replacing it with fewer chapters many of which are readily available in other introductory books.

An important 9 pages long chapter – “Advice to the Pre-clear” – was removed from Dianetics: The Modern Science of Mental Health.

8 pages long original Preface detailing a specific route of training in Scientology was removed from The Creation of Human Ability and replaced with what looks like a letter from LRH less than a page in length and containing no specific information on Scientology training or on the use of the book. The Preface that Miscavige eliminated also effectively exposes his "Basics" program to force every parishioner to study all the basic books (about a dozen) and hundreds of hours of lectures that accompany them before having any thorough practice as being in DIRECT CONTRADICTION to specific instructions left by the Founder, L. Ron Hubbard.

Many of the sentences and indeed entire paragraphs were reworded in 2007 editions actually resulting in "total garbles." A few simple examples:

These are just few examples. In Science of Survival alone there are 200 some instances of alterations in wording alone – this is not including literally thousands of alterations in punctuation. By "instance" is meant a whole sentence or a larger block of text that has various alterations in it, not single words that were changed which would obviously be a lot more than 200.


“... parts of the text specifically said to be deleted by LRH but left in anyway causing complete mystery...”

David Miscavige (re)introduced terms Abnormal Dianetics and Dynamics Dianetics into The Original Thesis – these are "dead” phrases that are not clearly defined or used anywhere else in Ron Hubbard’s works. At the same time David Miscavige DELETED a key paragraph DEFINING AN "ENGRAM" – a key term at the core of the entire subject of Dianetics. 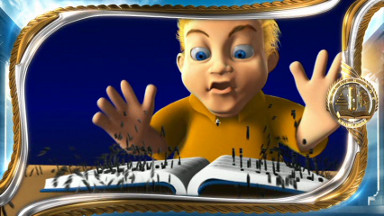 "... take your “garden variety” transcription error where the typist isn’t sure whether they should punctuate with a period, colon, or a comma and in almost every instance deciding to go with a happy medium and using a semicolon – a total “maybe” and resulting in sentences, indeed paragraphs, where you don’t know where the sentence begins or ends..."

The semicolon in Science of Survival was used according to the rules of English grammar. Numerous “corrections” in punctuation actually resulted in grammatical errors such as run-on sentences, comma splice, and incomplete sentences that are missing either a subject or a verb – this is to say nothing of inevitable distortion in meaning and emphasis that came with changing punctuation. David Miscavige himself "impressed" the audience by stating that there were 3825 "corrections" in punctuation – this is in Science of Survival alone. 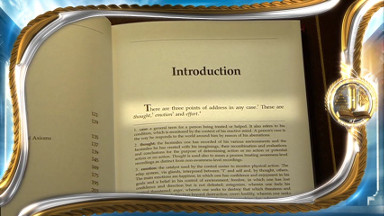 "... Now let’s add an editor, who instead of now correcting it decides to add his own clarifying footnotes to explain what LRH really meant... "

There are practically NO clarifying footnotes in any of the original publications. The overwhelming amount of footnotes throughout the books appeared in the first batch of distorted books released within a few years following the official death of the Founder in 1986. This is the time when David Miscavige was already taking hold of the organization as its new leader. Specifically, the excessive number of footnotes that Miscavige flashed on the screen for Advanced Procedure and Axioms was from 1989 edition copyrighted under "L. Ron Hubbard Library" [ISBN: 0-88404-419-X].

David Miscavige took sections of text out of two chapters in the beginning of Fundamentals of Thought and placed them toward the END of the book. And just to mention it here, the very definition of Scientology as a subject was re-written in Fundamentals of Thought, and nearly all the references to Scientology being a "science" were removed and in some instances replaced with a word "religion."

For The Original Thesis David Miscavige said that "... many of the chapters as currently published were in the wrong sequence..." where only ONE chapter was moved in 2007 edition and most likely incorrectly so.

As was already stated, David Miscavige also removed the original Preface from The Creation of Human Ability which provided specific instructions on how various parts of the book were supposed to be used in training a new student in Scientology. Instead, David Miscavige reorganized the chapters according to chronological order of the various issues that comprised it. He also placed a great bulk of them in the "References" section making it seem like they were somehow optional or non-essential. Obviously, lacking specific instructions from the Founder, new readers will now have no idea as to the original purpose of those issues to begin with. 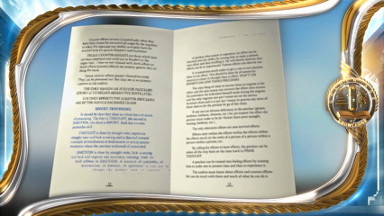 "... entire chapters appear in the middle of another chapter..."


"... you’ll even if sometimes found LRH saying: “see later text” and yet the text never appears, or he refers to a process with a statement: “as described earlier” yet which never really did appear earlier... "

So far no such instances were located in the original publications.


David Miscavige also bluntly lied to parishioners that in The Evolution of a Science there was some confusing footnote that was "erroneously included in all published editions" which had to be removed – there is NO such footnote in 1977 reprint which was used in this review.

David Miscavige then lied that the phrase "Life Continuum" was changed to "Life Continuation" in Handbook for Preclears and that "nobody's ever really known what it meant" because "it's not in the book." BOTH PHRASES – Life Continuum and Life Continuation – can be located in the very first publication (1951) and in 1976 printing, and absolutely NOTHING CHANGED in the use of those phrases in a supposedly "corrected" 2007 edition. The phrase "Life Continuum" was also in plain sight defined in Dianetics and Scientology Technical Dictionary since its first publication in 1975!


At this point you may want to ask yourself: if the books that are publicly available and easily verified were so bluntly distorted under false premises currently broadcasted straight from the official Scientology website, what could have been done to the training materials and especially the confidential OT materials that are not as readily available or easily verifiable as to their authenticity and correctness? Perhaps, David Miscavige himself hints at the answer to this question with another one of his statements during the event (21:03 time marker of the video):

As regards KSW, I’ve previously said the Golden Age of Knowledge is the most embracive RTC program ever! Yes, even more than Golden Age of Tech, Golden Age of Tech for OT’s arbitraries removed, Ideal Orgs – you name it. The reason is obvious – without the tech, pure tech, nothing else is possible and nothing else matters. But if you think anybody knew what it would entail when it came to the books… No! Nobody had a clue.


Is David Miscavige trying to say here is that he changed the TRAINING, the OT LEVELS, and the ORGANIZATION itself in a similar wise as what he has done with the books?